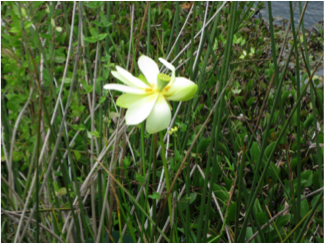 From TCPalm.com (Link to article)

Martin County could get a $3 million hand in cleaning a creek that is a notorious St. Lucie River polluter.

Cash for stormwater treatment at Danforth Creek in Palm City is included in both state House and Senate budget proposals, making it close to a sure thing for the final budget. Even after lawmakers are done passing the 2013-14 spending plan next week, all projects have to pass Gov. Rick Scott’s veto pen.

The creek drains more than 3,800 acres and dumps into the fragile St. Lucie River, which gets slammed by dirty Lake Okeechobee releases. Danforth Creek is one of the top 10 most-polluted tributaries across Martin and St. Lucie counties, according to the South Florida Water Management District. The creek basin also has historically caused road flooding.

The creek’s phosphorous- and nitrogen-rich waters would get a cleanup in an innovative way, said Deborah Drum, county manager of Ecosystem Restoration and Management. The plan calls for a combination of chemical and wetland treatments. The method is expected to reduce harmful nutrients flowing out of the creek by 85 percent, while using 40 to 70 percent less chemicals to clean the water.

If it’s as successful as anticipated, the hybrid approach could become a model for water treatment in the county.

“A project like this has potential to be a real game changer,” Drum said.

The plan includes a 6.8-acre lake and stormwater treatment area, which will use native vegetation to clean the water before discharging it into Roebuck Creek. It’ll also create a wildlife and wetland habitat, a boardwalk, kiosks and educational features.

The county already has put $1.26 million toward the stormwater treatment component, Drum said. Pending the bidding process for construction, Drum said the rest of the project is “shovel-ready” and could be completed within a year.

“It’s part of our goal, with regard to the Indian River Lagoon, Lake Okeechobee and the Everglades cleanup, to take care of these smaller projects,” said Negron, the Senate’s budget chief.

Danforth Creek cleanup is just one Treasure Coast environmental push getting consideration at the Capitol. The area’s waters could benefit from the first state budget surplus in six years. The area also has the advantage of having a local lawmaker in Negron at the helm of the budget-writing process.

About $2 million could be available for three inlet dredging projects, including St. Lucie and Sebastian inlets. The Okeechobee, Caloosahatchee and St. Lucie River watersheds could be due $3 million for pollution protection.

The House has proposed $131,000 for a Port St. Lucie water control structure improvement project, but the Senate hasn’t responded to the offer yet. The money would help improve drainage and flood control on the C-108 and E-8 canals, both in the Port St. Lucie Boulevard area near Florida’s Turnpike. The Senate also planed to set aside $30,000 for water testing in the St. Lucie River.